What is viral marketing, and how does it work?

Viral marketing is digital marketing that aims to reach as many people as possible via word-of-mouth and social media sharing. Viral marketing can take many forms, including viral e-mail campaigns, viral films, viral websites, and even viral mobile applications.

Any viral marketing strategy aims to develop content with a high chance of being shared and presented by social media users with many connections. The name “viral marketing” comes from the fact that material is disseminated from person to person in the same way a virus spreads across a population.

One of the distinctive characteristics of viral marketing campaigns is that, while a business may invest upfront fees for creating and producing content, it distributes the material through social media rather than through a paid distribution strategy.

When a prominent social media figure or celebrity uploads a piece of material, it can “go viral,” resulting in thousands or millions of views, shares, and other engagement. The more quickly and frequently a piece of material is shared, the more likely it is to go viral and gain national or international notice.

Getting to Know Viral Marketing

“Viral” is something that spreads swiftly and widely among its target audience in viral marketing. Though the distribution of a message occurs organically, viral marketing is a deliberate operation. As a result, despite its roots in traditional word-of-mouth marketing, social media provides the ideal environment for viral marketing.

While the technique was considerably more widespread in the early to mid-2000s, when new internet firms were springing up in droves, it is still prevalent among internet-based business-to-consumer (B-to-C) organizations.

What is it about viral marketing that makes it so effective? 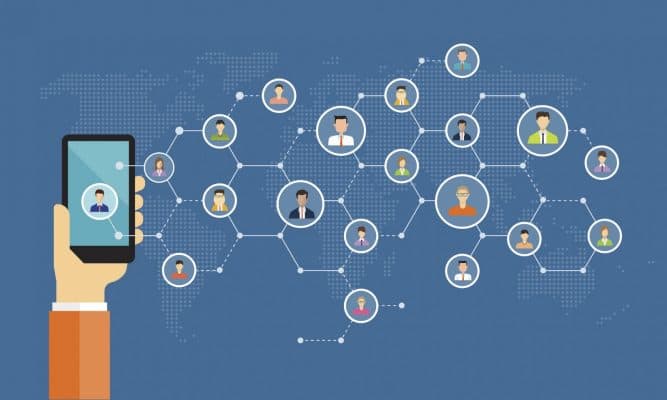 Thanks to social media, word-of-mouth and buzz marketing have substantially boosted their strength and potential as business revenue drivers.

Word-of-mouth advertising used to take place in intimate talks between family and friends, and buzz marketing relied on low-velocity communication techniques like newspapers to spread the word on a large scale.

Nowadays, word-of-mouth marketing occurs through digital marketing channels, where users interact with marketing information and share it on social media.

At the push of a button, a single social media sharing can reach hundreds, thousands, or even millions. Social sharing is the twenty-first century’s version of word-of-mouth, only thousands of times more effective.

Marketers have attempted to understand what aspects contribute to a successful viral marketing campaign as more organizations have discovered the immense potential of viral marketing for reaching their target clients. The STEPPS model identifies six characteristics that help a message spread virally.

Social Currency – If sharing content makes a person look good in front of their audience, they are more likely to do so. Users can earn social currency by associating with your brand or engaging with the content or messaging.

Triggers – People talk about your viral content because of social currency, and triggers keep them talking about it because of triggers. Any stimulus that elicits or connects thoughts and ideas is a trigger. The notion of triggers explains why Mars candy bar sales surged while NASA planned its journey to Mars. People were prompted to buy the candy bars after seeing “Mars” in the news daily. Viral marketing should engage with and relate to consumers’ daily lives.

Emotion – Emotional messages are the most effective in capturing our attention because humans are fundamentally emotional creatures. Whether it’s a cute cat video or a campaign to raise money for disease research, tugging at your audience’s heartstrings is crucial in persuading them to share your content. Content sharers may feel a social benefit from seeming sensitive or concerned about a significant social issue, which links back to emotion.

Public – People are more likely to spread a message presented in a public setting. Giving a note in public serves as social proof for that statement. If a social media user notices that many of their contacts (or a high-profile individual) share a specific message, they may feel compelled to do so.

Practical Value – Assuring that a message has some valuable benefit when eaten or shared is a beautiful method to help it become viral. People enjoy assisting or contributing to a cause and will readily share a viral message if it allows them to assist someone.

Stories – Humans think about stories, and there’s something about a great story that makes people want to share it with their friends and contacts on social media. In a brief, high-impact format (particularly video), telling a compelling story about your organization, product, or customers is a beautiful approach to increase social engagement and brand recognition.

In the age of social media, viral marketing can be one of the most successful ways for businesses to reach a large audience with their messages. There are three significant advantages to viral marketing that have made it a popular marketing strategy.

A successful viral marketing campaign is cost-effective for getting your word out to potential buyers. Compared to traditional advertising means such as print, billboards, or television, viral marketing has the regular production costs associated with any marketing effort but far cheaper distribution costs.

When advertising strategies prohibit customers from achieving what they want, they can appear intrusive. When a customer wishes to watch a YouTube video locked behind 30-second advertising, this is an example of invasive marketing.

In a viral marketing campaign, consumers receive viral content directly from their relatives and friends via social media. They can choose when and how they view the content and whether they share or participate in the campaign.

While viral marketing efforts can be highly effective, they aren’t always effective and aren’t always suited for generating B2B leads and conversions.

Our social media campaigns at Directive Consulting are powered by in-depth research, a well-thought-out strategy, and effective persona targeting, which zeros in on your ideal consumer and targets them with an appropriate message at the perfect time to elicit a conversion.

What do most viral marketing campaigns have in common?

Although viral messages and content differ significantly from one company to the next, most campaigns have three standard features. Marketers should consider these factors when determining whether or not a campaign has the ability to generate significant buzz.

It’s important to remember that it cannot impose viral marketing. Regarding any trend, your audience ultimately decides whether or not they will share anything.

Memes and crazes, like the “does pineapple belong on pizza” discussion are challenging to explain. However, maintaining a pulse on social trends might help marketers prepare their material for sharing (more on how you can achieve that later).

Trends, to put it simply, come and go. Although viral marketing efforts can leave an impression on clients or the general public, people’s attention spans for memes, hot topics, and trends are very short.

We’re usually looking for the next fad when one trend has peaked. For example, how long until the now-famous “Woman Yelling at Cat” meme runs its course?

Brands should be cautious about repeating a viral campaign or exhausting a popular trend. Just because something is popular now doesn’t mean it will be popular in the future. The “Harlem Shake” and “Gangnam Style” aren’t still being parodied by marketers.

Remember that viral marketing campaigns and strategies come with a certain amount of risk. It is going viral entails accomplishing something that catches the public’s attention. That doesn’t happen by chance and certainly doesn’t happen when you play it safe.

D.S.C.’s decision to go big with their “Our Blades Are F***ing Great” campaign, for example, paid off. In a different period, it could have been viewed as being too edgy or “trying too hard.” If it came out now, it wouldn’t appear as anything out of the ordinary.

Although not all viral marketing strategies are contentious, they tend to be out of the ordinary. And with that, we’ve discovered one of viral marketing’s significant drawbacks: going viral for the wrong reasons.

Is viral marketing appropriate for your company?

Viral marketing is an efficient approach widely employed by both new and established businesses.

It gives the intriguing potential for reaching and growing target audiences and gaining new customers because it is partly spontaneous and uncontrollable, without much effort or money.

However, the concepts of viral marketing and what it takes to create viral content have a lot to teach us. The techniques above and technologies like Sprout can help you stay on top of your audience’s wants and which trends to watch.

Best of luck to you.

Let EBOXMAN BE YOUR DROPSHIP AGENT

This website uses cookies to improve your experience while you navigate through the website. Out of these cookies, the cookies that are categorized as necessary are stored on your browser as they are essential for the working of basic functionalities of the website. We also use third-party cookies that help us analyze and understand how you use this website. These cookies will be stored in your browser only with your consent. You also have the option to opt-out of these cookies. But opting out of some of these cookies may have an effect on your browsing experience.
Necessary Always Enabled
Necessary cookies are absolutely essential for the website to function properly. This category only includes cookies that ensures basic functionalities and security features of the website. These cookies do not store any personal information.
Non-necessary
Any cookies that may not be particularly necessary for the website to function and is used specifically to collect user personal data via analytics, ads, other embedded contents are termed as non-necessary cookies. It is mandatory to procure user consent prior to running these cookies on your website.
SAVE & ACCEPT