What is Predatory Pricing?

Predatory pricing uses below-cost pricing to undercut competitors and establish a market advantage. It is a method in which a seller sets a price so low that other suppliers can’t compete and force to exit the market.

A company with a predatory pricing strategy will see initial losses. Still, it eventually benefits by driving competitors out of the market and raising its prices again because this sharp price reduction makes for a certain period.

Let’s continue more with the details.

How Predatory Pricing Works and Why is it Important? 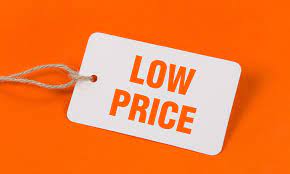 Predatory pricing occurs when a company drastically lowers its price to make it impossible for competitors to remain in the market. This maintains your existing customer segment and allows you to expand your customer base by making the company more preferred due to low prices.

If the initial losses caused by predatory pricing are replaceable, it is an excellent way to increase market share and raise prices and create higher profits in the long run.

So long as the business’ future accounting is healthy, investors may be willing to shoulder this burden in the short term.

How does that work?

This pricing strategy turns away new entrants and makes it difficult for newcomers to overcome market entry threats.

Think about the competition! It is tough to enter, and also, it is just the moment that you can be out. This stops the regular competitive market from charging reasonable prices for consumers and retailers.

Why Should You Be Cautious of Implementing It?

There are many factors to consider when using predatory pricing. Because in some circumstances, this method finds fair.

While it has many positive advantages, it also carries significant risks. Also, although the market is ‘free,’ competition is protected by antitrust laws so as not to make markets vulnerable to a monopoly. It is vital to comply with these laws because companies can face financial losses due to lawsuits.

Also, before you get the idea of lowering prices, you should ensure that you can cover the profit you lose in this short time in the long run.

Taking part in intense competition with predatory pricing benefits the consumer first and foremost. But because of the decrease in diversity, a monopoly emerges. Yes, the price is low, but there should always be many options, not just one.

This offer to the consumer. A monopoly situation arises, and the firm may increase prices with this power.

In other words, the new company that wanted to hold on to the competition in the beginning would have destroyed the competition now. This is why predatory pricing is a strategy that should be used with care and use under limited control.

What are the Advantages of Predatory Pricing?

Consumers will first benefit from unexpected lower prices that the predatory company is selling at. They also might benefit from aggressive situations in the market in the short run.

Meanwhile, if the law does not regulate the company employing predatory policies, they will form a monopoly. Because now the competition is successfully slowed down.

One of the benefits of predatory pricing is having a dominant position in the market. The fact that the business owner has a say in the market is one of the long-term effects of this strategy.

The company, which attracts all customers due to low prices, eliminates its competitors and has a monopoly. This situation puts the company in the dominant power position.

Companies that cannot keep up with the reduced prices face the danger of leaving the market. With the strengthening of the dominant company in the long term, those who cannot meet their costs go to the market. It ultimately helps to minimize the competition to a greater extent.

As a business owner using the predatory pricing strategy, you create an environment with a dead-end for the new entrants as it will not be easy to maintain business in such demanding conditions.

In summary, the way we look at this strategy varies significantly in terms of the results and the benefits it brings us. While it benefits both the consumer and the producer in the short run, it harms the market by reducing competition and creating monopoly power in the long run.

What are the Disadvantages of Predatory Pricing? Competitors will eventually be unable to sustain themselves against the predatory company. In that case, they will drive them out of the market altogether.

Under such conditions, prices are likely to rise sharply to compensate for the short-term losses. Product quality declines when there is no competition. Meanwhile, innovation is usually holding still due to the monopoly power of the market.

Finally, customers will suffer from abnormal high prices from the monopoly and a drop in the quality of the product or service.

Suppose a company uses the predatory pricing strategy and successfully drives away most of its competitors. After that, it increases the prices to recover its loss, and another company enters the market. What will the original company do?

Well, it starts the predatory pricing war. What can also happen if the new entrant follows the same strategy and tries to eliminate the other competitors? Then, a circle begins.

Let’s look at it from the point of legal issues. Although antitrust law is not usually concerned with setting a limit on price competition, low prices have anticompetitive effects under certain conditions. In such cases, there are some conditions determined and restricted by laws.

It is a complex strategy that needs to regulate in many parts.

How Does It Affect the Market?

Predatory pricing seems like a possible idea in the short term but will become impossible to maintain over a more extended period because competition always supports the market. Diversity always offers positive opportunities to the consumer.

Yes, the competition is very high today, and it is challenging to hold on to this competition. For this reason, predatory pricing may make it easier for you to enter the competition, but in the long run, new entrants will also follow this strategy. It is inevitable to enter an endless loop.

If competition weakens, consumers will ultimately be worse off, leading to higher prices and reduced product quality and choice.

However, it can also encourage new ventures. Because sometimes entering the market causes hesitation. We seek security. It may be good to provide this assurance and consumer network at low prices and then adapt to the main market conditions.

What does predatory pricing involve?

Because predatory pricing relies on pricing products low enough to force other competitors out of the market, it is not a long-term pricing strategy. Instead, a company engaging in predatory pricing will break the system into two separate phases: one that damages the competition and another that takes advantage of the weakened competitive field.

Stage 1: Predation – As long as a company can afford initial losses, it can lower its prices beyond what’s financially stable. This will put the competition in a position where they must choose to take losses themselves or exit the market. With this strategy, large companies can force smaller competitors out ultimately and prevent new competition from getting a foothold.

Stage 2: Recoupment – When the competition is sufficiently thin, the predation phase ends, and prices rise to normal levels. The goal is to reduce competition enough that the profit made during this phase makes up for the predation phase’s losses. However, with market dynamics restored, remaining competitors and new entrants again become a threat.

The effects of predatory pricing

Buyer’s market: Companies that can afford to will finance a loss and lower prices to remain in the market. During this initial period, customers have ultra-low prices and an excellent selection of competitors. Other competitors may decide they can’t compete on price and improve the quality of their products instead.

Reduced profit: Selling a product at a loss reduces gain across the whole market. Companies that can’t afford the sustained loss will lose money and customers to their lower-priced competitors.

Monopoly – If the company employing predatory pricing can take losses for long enough and avoid regulatory action, all major competitors will have exited the market. Innovation will slow, and product quality will suffer from no meaningful competition.

Price increase – Buyers will no longer benefit from ultra-low prices as the predatory pricing period ends and the recovery phase begins. To realize a profit from the initial loss, the company may take advantage of its newfound monopolistic position to raise prices far higher than the market would have otherwise sustained.

Predatory pricing is risky and costly in the short run but can benefit you in the long run with monopolistic market power. Competition decreases when it is hard for new entrants to enter the market.

With predatory pricing, you can increase your chances of holding on to the fierce competition in the market.

Let EBOXMAN BE YOUR DROPSHIP AGENT

This website uses cookies to improve your experience while you navigate through the website. Out of these cookies, the cookies that are categorized as necessary are stored on your browser as they are essential for the working of basic functionalities of the website. We also use third-party cookies that help us analyze and understand how you use this website. These cookies will be stored in your browser only with your consent. You also have the option to opt-out of these cookies. But opting out of some of these cookies may have an effect on your browsing experience.
Necessary Always Enabled
Necessary cookies are absolutely essential for the website to function properly. This category only includes cookies that ensures basic functionalities and security features of the website. These cookies do not store any personal information.
Non-necessary
Any cookies that may not be particularly necessary for the website to function and is used specifically to collect user personal data via analytics, ads, other embedded contents are termed as non-necessary cookies. It is mandatory to procure user consent prior to running these cookies on your website.
SAVE & ACCEPT